National Health in the Highlands and Islands

The Highlands and Islands Scheme

To provide a comprehensive medical service which would comply with modern standards special measures have been necessary in the sparely populated and poor area of the Highlands and Islands, where communications are still often extremely difficult. Inquiries made in 1850 showed that there was only one doctor to serve the 5,000 people who were scattered along 60 or 70 miles of the Sutherland coast.In the Isle of Lewis there were only three. Not only were doctors' fees impossibly high for the people, for it sometimes took several days to reach a case, but the medical men were desperately overworked and nearly as poor as the people they attended. Conditions were substantially the same after the [1914-19] war, when the scheme was launched [inexact]. 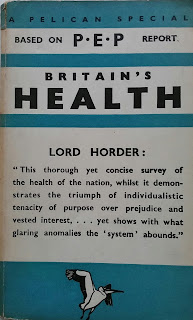 The Highlands and Islands Medical Fund, administered by the Department of Health for Scotland, has a total income of £80,000 a year - £70,000 from the State and £10,000 from the National Health Insurance Fund in respect of the mileage allowance which would normally be paid direct to the insurance practitioners. From these grants are made to doctors for attendance at reduced fees on families of insured persons and members of the cottar and crofter classes. This makes possible a visit from the doctor for a maximum fee of 5s [5 shillings = 25 new pence] - irrespective of the distance he has to travel. Care is taken to see that adequate income is provided for the doctors, who are panel doctors and often medical officers engaged in statutory health duty in addition. Transport by car and motor-boat has also helped to improve their positions, with the result that more highly qualified men are attracted to practices in the far north and west or in the islands of Scotland. Some indication of the value of the service is given by the fact that the proportion of uncertified deaths has fallen from 10.54 per cent. in 1911-13 to 4.51 per cent. in 1931-33.

The service has also brought about a vast improvement in the nursing arrangements. About 200 nurses are now employed in the area, and close co-operation between them and the doctors has been secured. Hospital and specialist services have been centralised at the Royal Northern Infirmary at Inverness. This has been made possible partly by developing the wireless and telephone communications of the Highlands, and by creating an air ambulance service. All who have examined the service have been impressed with it, and the P E P Health Report commented: "The co-ordination of the services for doctors and nurses, the use of modern methods of communication, and the tentative development of a centralised hospital system are object lessons to other parts of the country."

The Dewar Committee was formed in 1912.

asked the Secretary for Scotland whether his attention has been drawn to the necessity of an improved medical service for the Highlands and Islands of Scotland, and also to the fact, as made clear by the Report of Sir John Dewar's Committee, that the rateable value of the Highland counties is insufficient to meet the demands of modern local government, especially as regards medical service; and what steps he proposes to take to remedy the present state of affairs in these counties?

I have carefully considered the Report of the Committee, and my knowledge of the Highlands and Islands leads me to agree entirely with their view that an improved medical service is urgently needed. The Report has also received the sympathetic attention of the Government. A special item for the current year dealing in part with this matter appears in the Supplementary Estimates, and the whole subject is receiving the most careful consideration.

asked the Financial Secretary to the Treasury whether, in view of the pressing needs of the Highlands and Islands for medical nursing and sanatorium treatment, and the recommendations of the Committee presided over by Sir John Dewar, and of the fact that these recommendations have been unanimously approved by the Scottish Liberal Members, he will state when he will introduce the Bill which he has promised, especially in view of the fact that it is stated the Bill will be non-controversial?

asked the Financial Secretary to the Treasury whether he is aware of the disappointment felt in the Highlands and Islands of Scotland that no practical effect has yet been given to, the recommendations of the Committee presided over by Sir John Dewar; and, seeing that the necessary money has been promised, will he say when the statutory authority to administer the Grant will be set up?

asked the Financial. Secretary to the Treasury whether, looking to the urgency of procuring money for medical service and nursing in the Highlands and Islands of Scotland and, to that end, of giving statutory effect to the Dewar Report at the earliest possible moment, he can now state when the Bill providing the money and setting up the authority to administer it will be introduced?

The Bill is already in an advanced state of preparation, and will be introduced as soon as the exigencies of Parliamentary time permit. 23The Estimates presented to Parliament include a sum of £10,000 only in respect of the proposed Special Grant for the purpose of providing for special charges in respect of insured persons pending the setting up of the new machinery. A Supplementary Vote for the balance of the Grant will be required when the Bill has received the Royal Assent.

May I ask, in view of the statement in Question No. 43, that the Bill will be non-controversial, whether the right hon. Gentleman has come to an agreement with the Secretary for Scotland on the full details of the Bill?

It is a Government Bill in every sense of the word, and is, I believe, non-controversial as between the two parties in the House.

See also:
Crosfill ML. The Lewis hospital, Stornoway: some aspects of the development of medical care in an island community. Medical History 1973; vol. 17, no.1, pp.49-60. 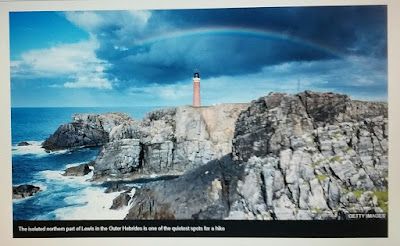