Flett’s Bid for Fortune: some notes from a post-WW1 novel 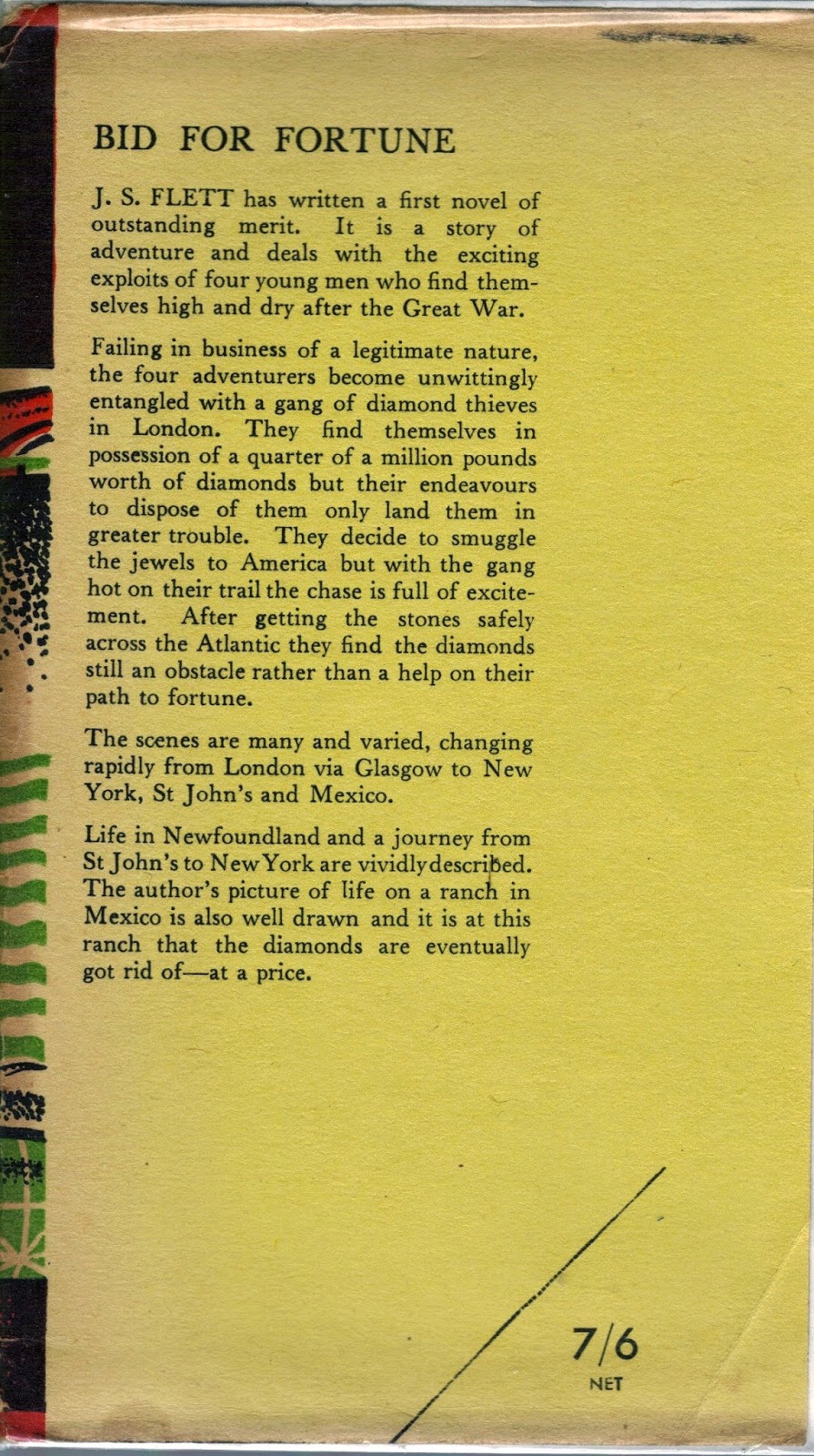 From opening paragraph, chapter 1 (p.9): Jimmy exulted in the new feel of freedom. He was clear of it at last…No more orders, yours not to reason why, yours but to do or die; He’d have to reason why, now… he was a man again, no longer a mere pawn in a game played by beefwits… though there was no denying some of these majors and colonels were damned clever fellows, up to their jobs. But cynical and callous. Arrogant! Guzzling! Lecherous! The whole bloody war was a thing to be ignored, forgotten if you could…


p.11  In London Jimmy soon lost the remains of that happy, careless serenity that had been his first reaction to Peace.


p.17  “We chaps, like everybody else, have been wondering what we were going to do now that we've been booted out of the army... In fact, all the professions are getting hopelessly overcrowded, and te worst is yet to come in that respect. Anyway… it’s only the stand-pat, safety-first sort of chaps that go in for  the professions and banking and the Civil Service… where you go through a regular mill and come out at sixty with a bit of a pension enough to be a bore on.., “


p.128   The Americans didn't despise law-breakers; the only thing they really despised was poverty.


p.216   But crime in America was a close corporation, something like a trade union, in fact. Each gang had its own district, its own hand-fed police.


p.222  “…you've been through the War… I’ve noticed lots of our ex-soldiers are jumpy like that, easily startled, can't bear to be touched. A terrible strain on the nerves it must have been. And long continued... It seems to have affected everyone who went through it, one way or another.”
.


p.269  Old comrades came before him, live, blasphemous, full of themselves, then at a blow nothing, now hardly even a dream


p.276  Ever since the horrible reality of war had made havoc with his youthful illusions e ad been slack and careless, reckless of thought… Nothing mattered…But.. new-found feeling of the dignity of human life…


It is intended that a follow-up piece will tackle some of the more troubling ideas that emerge in the course of the story, in the context of contemporary attitudes to (for example) race and gender.