A Stornoway Girl from Away

In her centenary year, it is intended that this blog will look at the earlier part of the 'ordinary' life of Margaret Isobel (Peggy) Flett, married surname Smith, 19th December 1918 to 7th July 2015, in the context of her time, with particular attention to interactions with the town of Stornoway on  the Isle of Lewis. 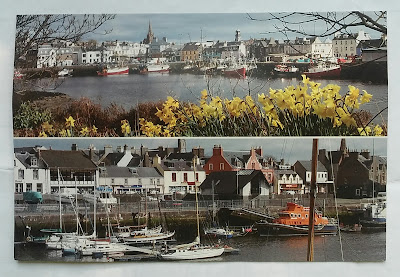 By way of Introduction and taster, here are some links to previous posts:-

Two great-grandmothers
https://smothpubs.blogspot.com/2017/07/lewis-connections-and-coincidences.html
In December 1913 a grandson of Catherine (via her second son, Alexander), married a grand-daughter of Janet via Jessie. In due course there were therefore joint great-grandchildren of Janet and Catherine, and so on unto the third and fourth (so far) generations.

Ancestry. Mostly Paternal (Flett) side
https://smothpubs.blogspot.com/2018/06/examples-of-family-reading-in-scotland.html
Among the many Flett families of Findochty this one had achieved comparative prosperity by the 1890s, owning fishyards as far away as Stornoway. It was mainly Alexander's father James who built up the family fortunes, establishing himself as a well-known figure in the fishing community of the north east, nicknamed 'the Auld Cooper.' This group of siblings were probably the first generation of the family to have the resources and motivation to acquire books - apart from those required for religious observance - in any numbers.

https://smothpubs.blogspot.com/2016/05/a-findochty-flett-in-canada.html
Joseph Flett was aged 27 when he sailed to North America in August 1915, 28 when his young wife and baby daughter joined him in May 1916. While he may at that time have intended to make a permanent home in Canada, circumstances decreed otherwise and he had returned to Scotland 13 years before his novel Bid for Fortune was published in 1934.

https://smothpubs.blogspot.com/2014/05/diamonds-among-silver-darlings.html
This summer sees the 80th anniversary of the publication of an unusual novel, “Bid for Fortune” by “J.S.” (real name Joseph, no middle name) Flett - not a famous one by any means but worthy of some consideration from several points of view, not least in its historical context…

(And other posts about Joe Flett and his novel.)

https://smothpubs.blogspot.com/2016/04/a-stornoway-girl-in-new-york-100-years.html
A letter from mother to grandmother
The writer of the letter transcribed below, aged 22 at the time of writing, was the daughter of a Stornoway shopkeeper. After some time as a student at the prestigious Atholl Crescent College of Domestic Science in Edinburgh, in 1913 she married Joe Flett from Findochty, whose family's fish-curing business took him to Canada in August 1915.

Siblings
https://smothpubs.blogspot.com/2017/09/so-proud-he-registered-her-twice.html
Older sister
It was as 'Marjory Joan Flett' that the baby's birth on 5th February 1915 was registered - twice. 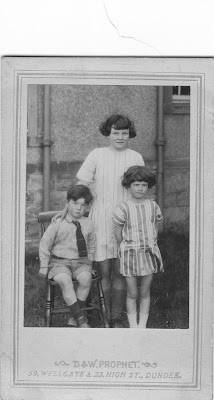 Schooldays
https://smothpubs.blogspot.com/2017/03/stornoway-schooldays-more-on-nicolson.html
"The old Nicolson Institute school provided education which was second to none in all of Scotland."
Work
https://smothpubs.blogspot.com/2017/02/history-of-stornoway-airport-fragment.html
"During part of the war I worked as a clerk at the Stornoway aerodrome, which was expanded to meet the military needs of the time. "

There are also, as regular readers will know, numerous posts about Calum Smith, whom Peggy married in 1942.
Posted by SmothPubs at 04:19