Richard Pankhurst was not alone in resisting the summons to National Service... 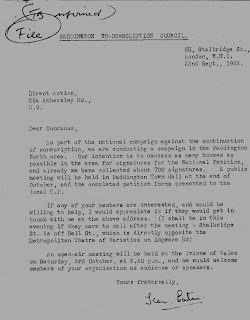 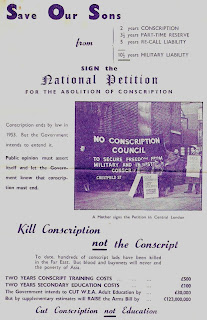 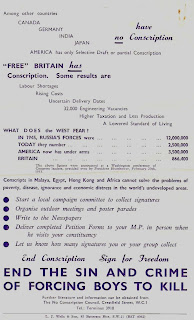 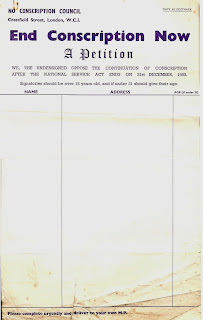 Posted by SmothPubs at 04:06 No comments:

Email ThisBlogThis!Share to TwitterShare to FacebookShare to Pinterest
Labels: anti-conscription

But check out the smaller print...


At first sight a headline in a ‘provincial’ newspaper beginning with such an alarming phrase as “mustard gas hunt” and ending “reveals nothing”may seem like one of those silly-season non-stories that used to crop up around this time of year. Page 2 of the Aberdeen Press and Journal of 13th August 2013, however, was worth a closer look.


The story concerns “Tests for WWII weapons and radiation” and the amplified version of the result reads “A search for hazardous materials buried close to a Moray village has found ‘nothing that requires immediate action’”. This formulation (repeated twice more in the piece) is already a shade less reassuring than “reveals nothing”.


Suspected hazards were of two kinds, deriving from a) radioactive luminous paint used on cockpit instruments  - “Up to 1000 planes were broken up and buried beneath the dunes after World War II”; and b) canisters and bombs containing mustard gas which was stored at nearby RAF Kinloss. The first investigation may have been instigated as a result of the extensive radioactive contamination at Dalgety Bay in Fife, from a similar source:
http://www.bbc.co.uk/news/uk-scotland-edinburgh-east-fife-23098001


Seventy Years On: Where did we put them again…?


We are told that “no details survived as to what happened to the canisters and bombs after the war. The second team used aerial photos taken during wartime to identify about 600 sites where something might have been buried after hostilities ended.” Military records from 1943 (70 years ago) which showed that the highly toxic chemical weapon was stored at RAF Kinloss may have become recently available, or scrutinised to see whether they should be kept unavailable, or the beach business may have led to a more extended consideration of left-over hazards.  (There is an obvious parallel with the blithe disregard of environmental consequences in the case of Gruinard Island: http://smothpubs.blogspot.co.uk/2013/07/70-years-ago-other-gruinard-story.html )
The number of sites was whittled down to 30 for further investigation; the other 29 are not listed here.  A full report detailing the findings is due to be published shortly. 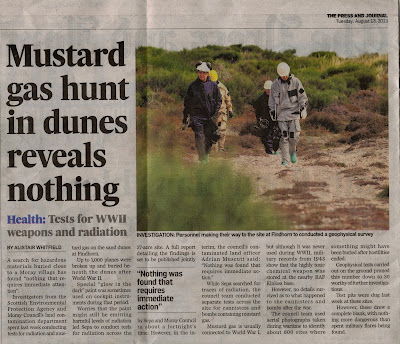 “It is unacceptable that the UK does not have comprehensive records of land potentially contaminated with radiation, a report has said.
It said the failure meant such sites pose an unknown risk to the population. ”
The Committee on Medical Aspects of Radiation in the Environment (Comare:  its report [76pp.]) investigated radium contamination at Dalgety Bay in Fife.
http://www.bbc.co.uk/news/uk-scotland-edinburgh-east-fife-27470332

Posted by SmothPubs at 03:14 No comments: