Update on Pamphlets: one new, two expanded and a translation 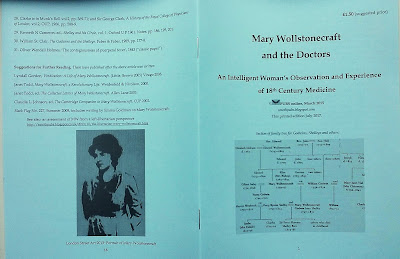 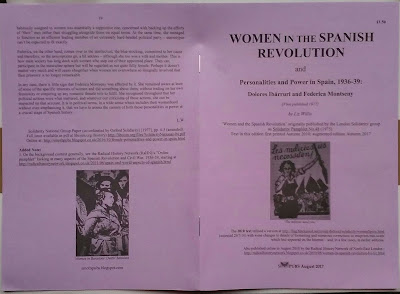 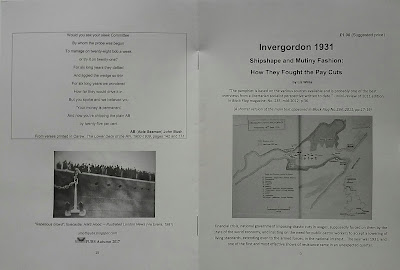 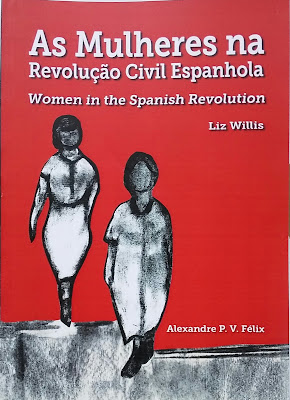 Copies of most SmothPubs pamphlets may be purchased through  AK Press and Distribution, Some may appear at RaHN events or in Housmans bookshop

The new editions may also be on sale (for the first time) at one or two stalls at the London Anarchist Book Fair on Saturday 28th October.


UPDATE (Spring 2018): The Portuguese translation as above is now available as a pdf online via http://www.anarquista.net/ - virtual anarchist library.

Posted by SmothPubs at 04:02 No comments:

Earlier this year it was announced that the Three Mile Island nuclear power plant would shut down in 2019, 40 years after the accident that made it notorious, until overshadowed by worse events.

In the annals of nuclear accident, the name of Three Mile Island has, thankfully, nowhere like the same doom-laden resonance as Chernobyl or Fukushima. At the time, though, it was serious and worrying enough to shake many people’s confidence in the presumed and much-vaunted – in the teeth of other incidents – safety of nuclear power production, and also of course to reinforce the objections and determination of those opposed to its expansion. This review (hitherto unpublished as far as is known) was written not long after the event, the official report having been produced with some rapidity, no doubt in the hope of propagating what reassurance was available.

The Report of the President's Commission on the Accident at Three Mile Island: The Need for Change. Kemeny Report. Pergamon 1979.

Not one for the average bookshelf or library, perhaps, this weighty and pricey volume, but useful enough for the anti-nuclear activist seeking information.

Although the tone of the report is not actually mealy-mouthed and reassuring, its final recommendations are not drastic enough to prevent it being used in precisely the way it warns against: as an excuse for "business as usual" with some modifications and lots of lip-service to safety. Spokesmen for the nuclear industry were able cynically to ignore or side-step its stronger criticisms, amounting to "a damning indictment of official attitudes", and to assert that they were already implementing sufficient improvements. Their reaction is described in Nature, 8-11-79, which provides a supreme example of the way the public is deliberately conned and manipulated - an advertisement claiming the accident had shown nuclear reactors to be "even safer than we had thought" and that the only victim of TMI was the guy who had a heart attack through strenuously defending the nuclear industry against its critics. Nature pointed out that the ad was paid for by the same firm that had built the valve which caused the accident, by getting stuck open... Clearly it will take more than a Report, however prestigious, to put a stop to this sort of thing.

Some members of the Commission themselves contributed supplementary views, showing that it had come close to taking a stronger line. Two resolutions, urging a moratorium on further nuclear power plant construction and the need to choose sites remote from concentrations of population, were defeated by only one vote. In the best of the Supplementaries, Commissioner Peterson points out that a minority had resisted any recommendation that might delay further construction. In his view, the Commission and its staff were not free from the "mindset" that nuclear energy is adequately safe - the mindset for which they had criticised the Nuclear Regulatory Commission and nuclear industry. He deplores the failure to consult any expert from the anti-nuclear lobby who would have made a more rigorous critique, and the decision not to investigate waste disposal when, as he says, the accident had effectively converted TMI-2 into a re- processing plant. Finally he comes out against the nuclear power programme.

Unillusioned libertarians and activists would, of course, expect little better - possibly rather worse - than this report from a President's Commission, composed largely of Professors and other official experts (there is one token, female, Resident), and may be less interested in the proposed "fundamental changes" - not, needless to say, fundamental enough to challenge the social order - than in collecting data on the iniquities of the existing set-up. There is plenty of ammunition in this story of incompetent management, ruthless commercialism and exploitation to use against advocates of nuclear power, and lots of questions to hurl at complacent pundits. The description of what happened, how, why, and what was said about it is not so technical as to obscure the many and varied sources of potential disaster. The control room springs to mind – where it was quite common for dozens of alarms to go off simultaneously with no indication of their relative seriousness.

The fact that what happened was indeed serious is emphasised, and it is pointed out that with only one or two more things going wrong it could have been an actual rather than a “potential” disaster. All the relevant authorities and order-givers are exposed to criticism, but it will be no surprise to learn that the only remedies envisaged involve “better”, stronger, more efficient rather than less authority.

Next to the obvious lesson of how dangerous the whole business is, especially as administered by state and industrial hierarchies, there are also inferences to be drawn about the dehumanising tendency of modern capitalism in one of its most pernicious forms. Because the major factor in turning what should have been a minor incident – a valve temporarily stuck open – into a near-disastrous accident, was human error, stemming from the failure of planners, regulators and managers to take the “human factor” adequately into account. There was no shortage of rules and regulations, but they all tended to be overwhelmingly equipment oriented Take care of the hardware, it was assumed, and the operators will take care of themselves as adjuncts to the machines, working together for good.

This is the attitude Kemeny hopes to change, and it must be a vain hope within exploitative society. In any case it is doubtful whether anything but a more sensitive and subtle man-machine is desired. The contradiction here is basic to [Solidarity’s] politics: the need for a docile, passive, thing-like workforce, which is also needed to be able to think and act intelligently in order to keep the system going.

Dehumanisation was manifested in ways other than the failure to train operators properly: checks were not kept on the total exposure of workers to radiation including non-work sources; plants were sited in hopelessly tiny “low population” zones (two miles in the case of TMI), leaving a broad periphery liable to massive radiation doses in the event of an accident; lessons of earlier incidents were not applied; and so on. Some of the many chronicled sins of omission and careless performance may, as a result of TMI and Kemeny, be committed not quite so often in the future. At least there was a shock-effect sufficient to hold up the construction of new nuclear power plants, for a time, and to induce nearly 13% of those living within 5 miles of TMI to become anti-nuclear campaigners – a proportion which we may surmise could increase, with reports of rumoured birth defects and other consequences showing up from time to time.

Since, however, we cannot expect government and industry to care about people, we will not be concerned with this Report as a means to help “them” solve their problems and maintain their system, but rather with any help it can give in people’s on-going campaign to care of ourselves in spite of them. It may provide some such help.

In 1981 (and for another five years until Chernobyl) TMI was still the main reference point for nuclear accident risk, as in this book, Power Corrupts, which includes details of the 1979 events and quotes from the Report. 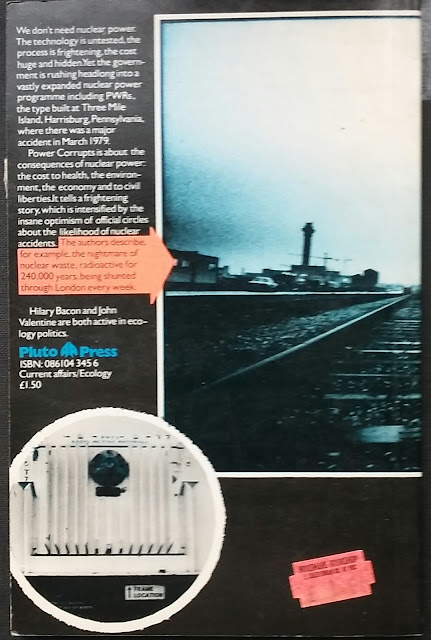 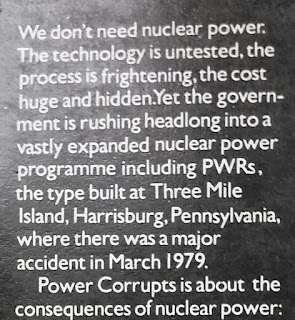 Meanwhile our own Dounreay continues on its merry decommissioning way, with frequent upbeat PR from the overseers and almost weekly - it has sometimes seemed - news stories about the manifold problems and hazards...
Fuel stuck in famous Dounreay reactor to be removed
http://www.bbc.co.uk/news/uk-scotland-highlands-islands-41245375
Work ongoing inside Dounreay's dome
http://www.bbc.co.uk/news/uk-scotland-highlands-islands-39003107 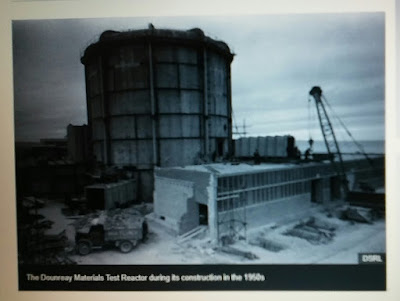