An obituary appeared in the West Highland Free Press (pdf here).  It was produced very quickly in response to the sad news and includes a couple of minor inaccuracies: Calum and Peggy had been married for 61 years (minus one week), not 51, and had at that time only one great-grandchild, although there are now four.

A longer obituary, with photographs, was later published in the Stornoway Gazette, 27 Nov. 2003: 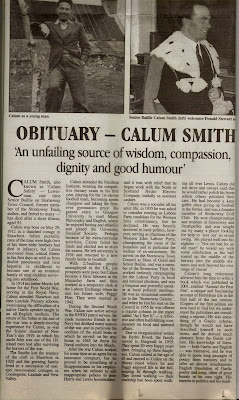 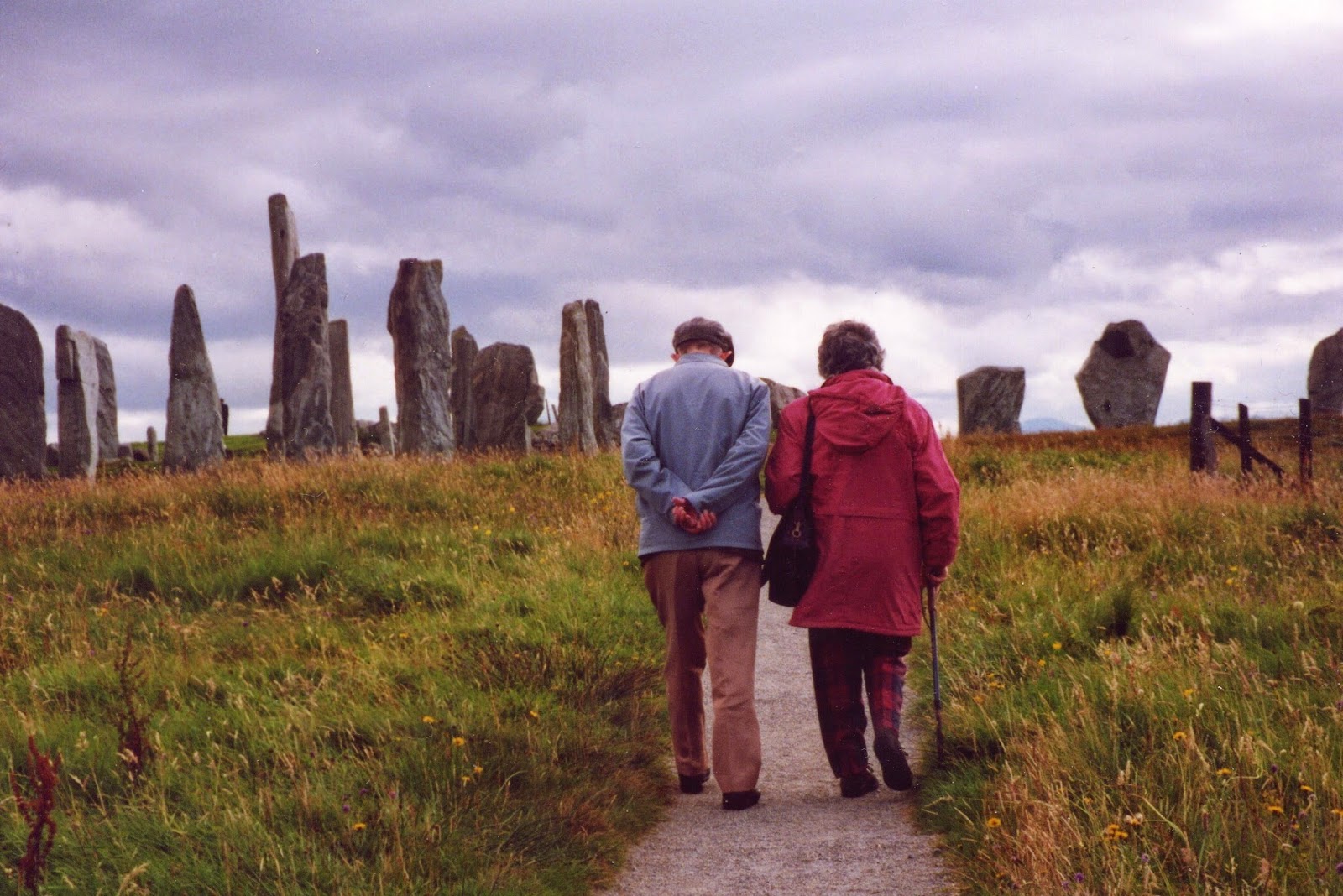 Peggy and Calum walking towards the Callanish stones. Isle of Lewis, 1989