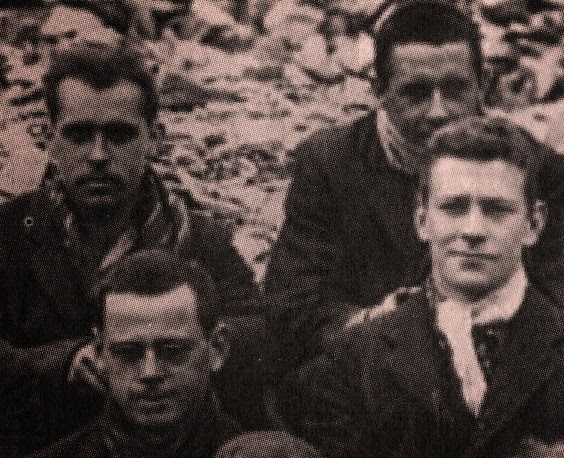 (Uncertain from the Boulton caption whether OGR is bottom left or top right here, at the Dyce camp.
The former perhaps looks like a bank clerk but the latter is probably meant.)

Family background
The 1911 Census gives a snapshot of the Ricketts family when Oscar was a 16-year-old schoolboy, with his widowed mother as its head; she was also evidently in charge of the family business, helped by her 21-year-old son as Manager.  They were living in the High Street in Petworth, Sussex, the birth-place of all the children listed. One sister was in employment, at 19, in a job that would have required more than basic education, so she had probably stayed in school after the minimum leaving age, as Oscar did. Another, however, was not earning at 22, possibly suggesting the family was not badly off.

The “National importance” of coal may have saved older brother Eric from call-up.

From Oscar’s description of himself as something of a loner ("hermit-like existence") from the age of 17, it is likely that he was in lodgings in West Ealing in 1916, commuting to his work in the City bank, rather than that the family had moved. He was living only a few streets away from the 1911 home of fellow CO and “Frenchman” Albert Evans (in a very similar terraced house), and also not far from the latter’s wartime address is Southall. They appear in the same segment of the famous Dyce photo (whichever of the possible ‘Oscars’ is our man) on the cover of Boulton’s book – by the author's caption, Evans is bottom left: 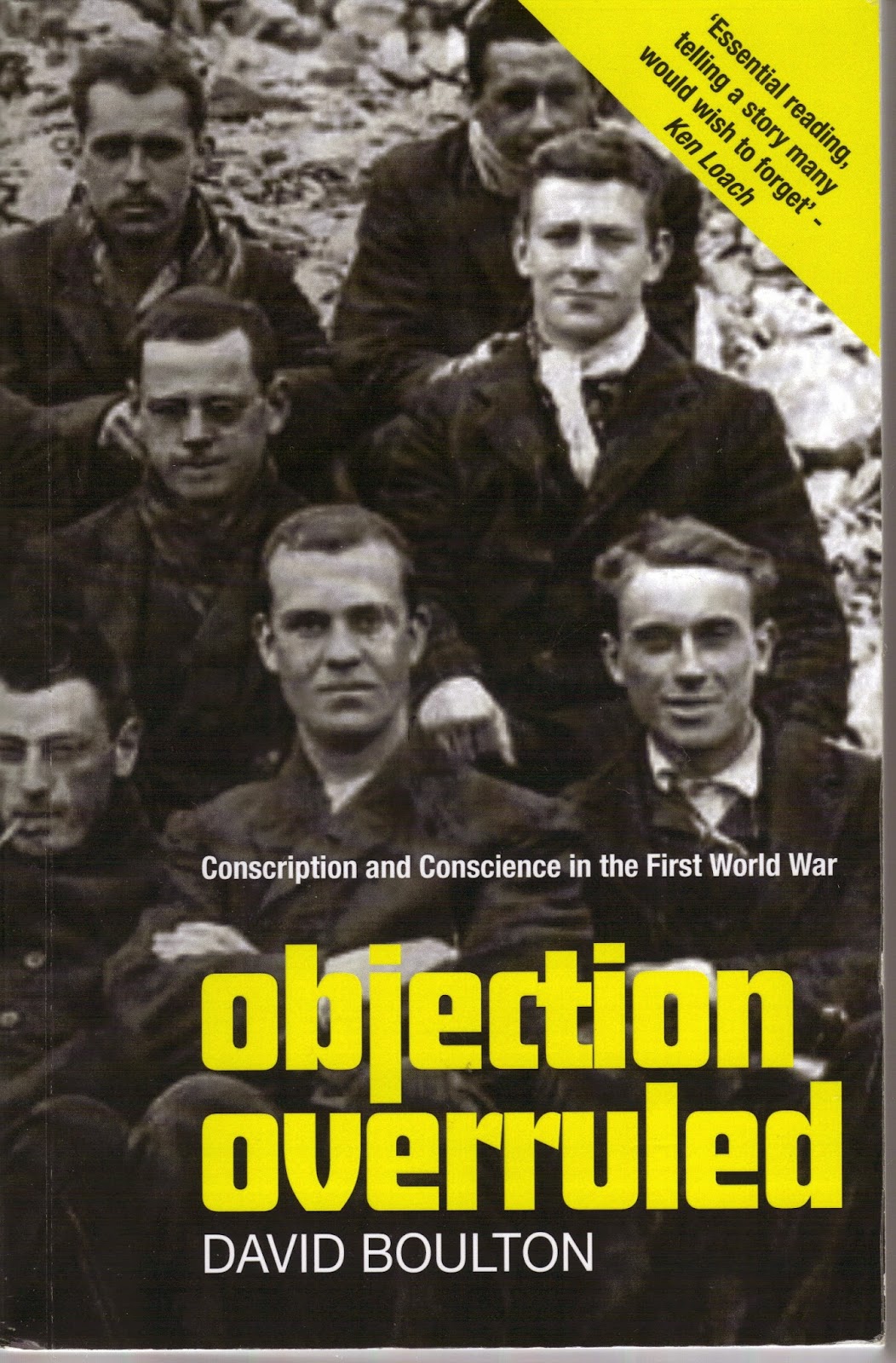 Chronology according to Pearce (when database had reached 8122 entries):


Military Service Tribunal Ealing 29.2.16 - claimed Absolute Exemption - refused;
Middlesex Appeal 20.3.16 - granted Exemption from Combatant Service.
Thought to be in Harwich Redoubt military prison 18.5.16;
Sent from Harwich and Felixstowe on 8th May, where already sentenced to 28 days, kept in irons, on bread and water.
On 10th May 1916 Mr William Byles,  MP, “asked the Under-Secretary for War whether he is aware that Oscar Gristwood Ricketts, a conscientious objector to military service, was arrested, charged at Brentford Police Court, fined two guineas, and handed over to the military authorities, and that in conveying him to Felixstowe they exposed him to the shame of being handcuffed in the public streets and railways; whether he is now in the Harwich circular redoubt, confined to a cell, and his only food dry biscuits and water; whether this young man has resigned a good post in a city bank and offered himself for any work of national importance that is consistent with his religious and moral convictions; and whether he proposes to take any action in the matter?  [He didn’t]

Sources for Pearce data given as including: The Friend 12.5.16; Jack Foister Liddle CO/032; Sanctuary Autograph Book WYB8/2/1; Liddle CO/038, 061; Tribunal 18.5.16; NCF Souvenir History p.47 [list of those sentenced to death]; Tribunal 29.6.16.
The database (Pearce Register of British COs) has more than doubled in size since the version consulted for this post, reaching 17,335 by 11th October 2014 and growing, and is promised to become interactively available on-line among the Imperial War Museum’s Lives of the First World War – exactly when remains to be seen, they didn’t make it for COs day on 15th May and time is running out for the subsequent estimate of “later this year”. So it is not clear at the time of writing whether the details for Oscar have been amended, expanded or updated. At 8,122 entries its last word on him was that “Ricketts committed suicide before war ended. NCF Souvenir History has him from High Street, Petworth, Sussex.” The latter is correct (Census record above), the former assertion – its source has not been pinpointed – turns out to be open to question.
A search for the date of death around the time specified, in order to find out whether, as seemed likely, the “suicide” might be related to his treatment and hardships as a CO, failed to turn up any match at all; nor did any death record for any version of his name with a birth date of 1895, plus or minus the standard two years show up in British or World records (on Find my Past).

But birth-years are notoriously inexact on many BMD records, and the death of an Oscar Gristwood Ricketts did eventually show up – in Brighton, in 1981. He’s supposed to have been born in 1898 not 1895, but in the right quarter of the year. 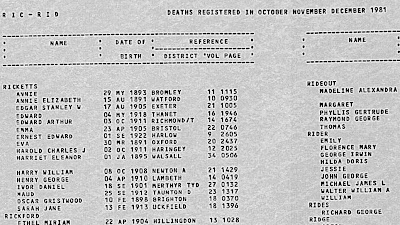 So unless we think there were two of them with the same uncommon combination of first, middle, and last names, born about 3 years apart, one of whose birth record, and the other of whose death record has disappeared, and both associated with the same county, it looks very much as though OGR did not take his own life in his mid-twenties as one more damaged, despairing victim of the war, but was one of its survivors as well as one of its most resolute opponents, and lived to the not inconsiderable age of 86.