Spring 1917. As the Great War moved towards its 4th year, the vast scale of the sacrifices undergone weighed on all the belligerents. From the Eastern Front the first rumours were arriving of the collapse of the edifice of tsarism. Spring and summer were marked by strikes in the rear as well as mutinies at the front...

Away from the front, the situation of male and female workers mobilised en masse for the war effort had got steadily worse, In Paris, for the first time since 1914 the first of May was taken as a holiday , thousands of trade unionists came out on strike and 4000 demonstrators assembled in the rue de la Grange-aux-Belles where the CGT [General Confederation of Labour, the large general union] was based, for a meeting. Starting on 11th May, the women (« midinettes ») employed in the big fashion houses gradually stop working.


The midinettes’ strike  triggered a movement that spread all over the country and into all sectors, including the war industries. Everywhere the demands were the same : relief from the high cost of living, and no work on Saturday afternoons.  The movement grew until the end of May, and when one strike ended, another started. It declined slowly from the beginning of June and came to an end in July, contained by the partial satisfaction of its demands. This was far from signifying a return to social peace, however; there would be further strikes in September, and especially in 1918.
Translated from article by
Hervé (AL Marseille)     [Libertarian Alternative]. 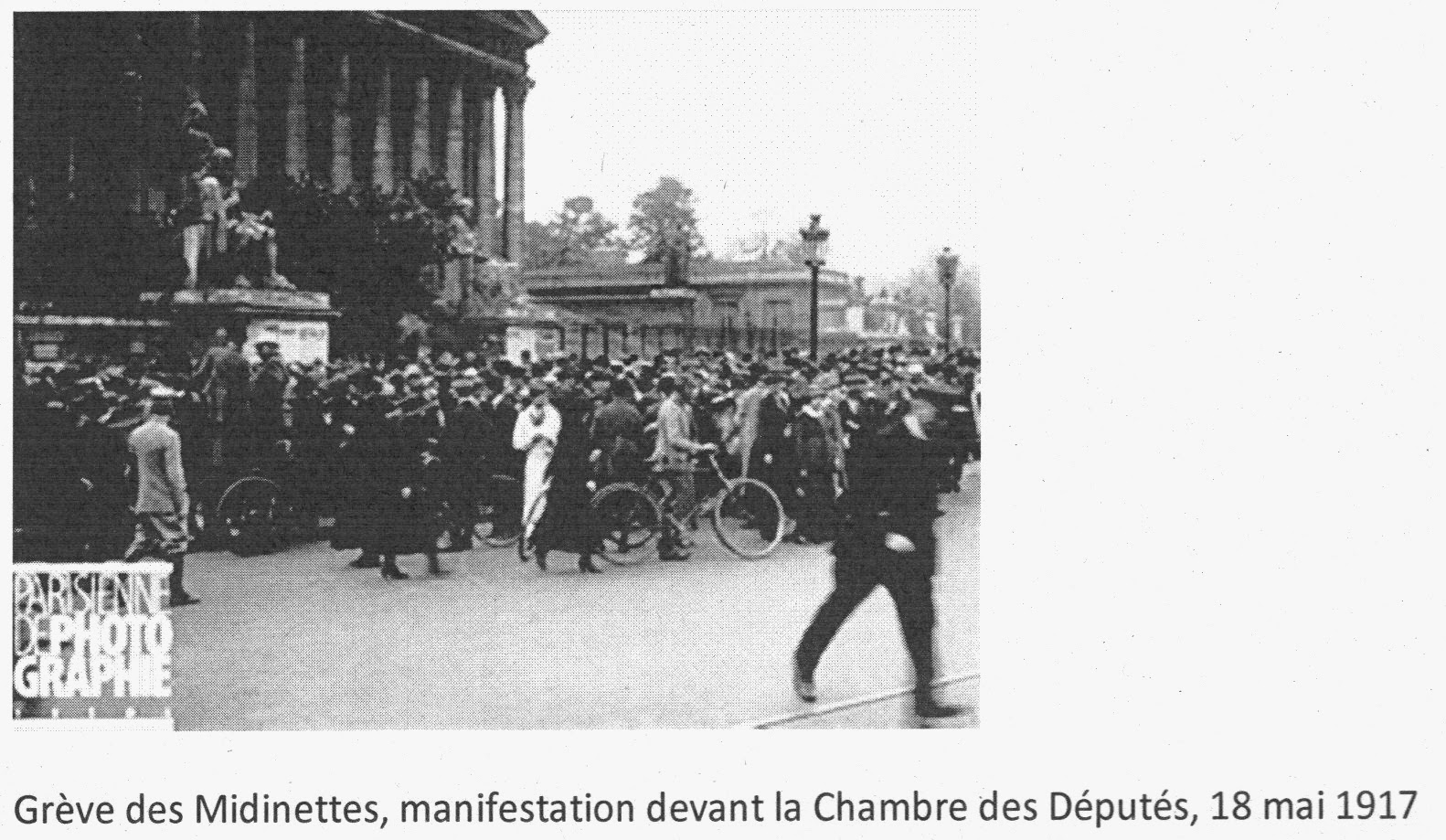