“So tired of the war”: Book Review 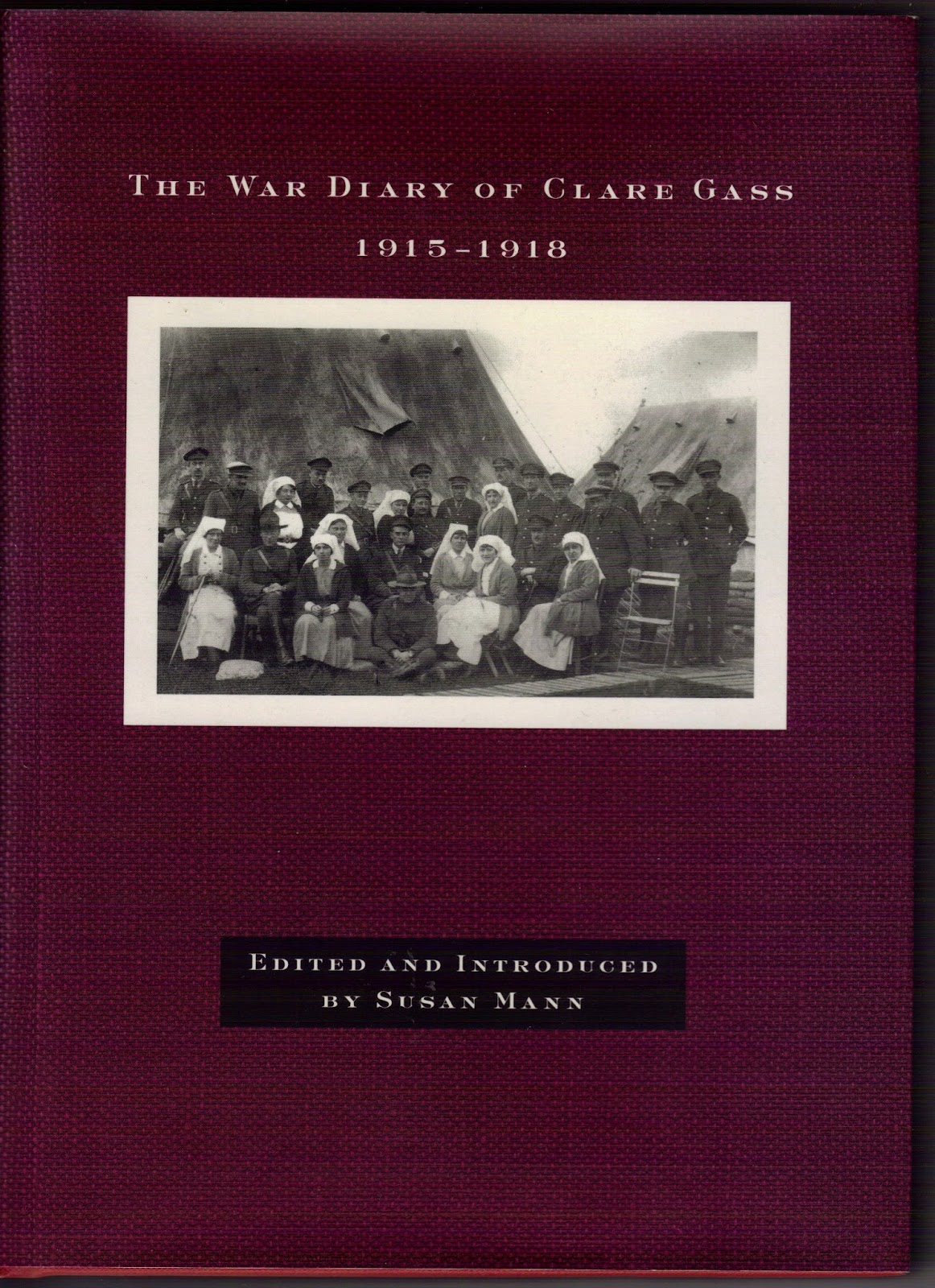 Focusing on a Canadian nurse’s experiences, this scholarly edition of a war diary presents an authentic voice of the time. Clare Gass arrived in north-east France in May 1915 and spent most of the First World War about 40 miles from the front. She was soon plunged into what the Introduction calls ‘the behind-the-scenes reality of war: that the broken bodies of young men were under the care of strong, competent women.’ (p.xxxix) The diary brings this reality to life in brisk, vivid accounts of the daily routine interspersed with Gass’s own reactions and attempts to come to terms with it all. Any initial euphoria about the conflict gave way to a weary fatalism: ‘Those poor lads, tired in body and spirit, sick of the war, asking for their homes’ (p. 39). Sympathy led her to question the war itself as she repeatedly observed the ‘poor lads & so uncomplaining’, ‘good & patient’ with their ‘dreadful wounds… These are the horrors of war, but they are too horrible. Can it be God’s will or only man’s devilishness. It is too awful.’ (p.26) And again: ‘… some terrible cases, oh so much better dead… Oh why must such things be. All are so brave, & yet those who are not badly wounded are so tired of the war, at least those who have been long in the trenches – tired in such a hopeless way.’ (p.32)


Other days were ‘petty rounds of irritating concerns and duties’, and some of her critique was practical, over the shortcomings of hospital management – ‘an abomination. Everyone is disgusted with it’, and medical students – nice boys, as orderlies a great disappointment’ (although they improved later).


At the turn of successive years she sums up:

Contrivances for making life bearable recur in the diary entries, which are far from being all doom-laden and preoccupied with horrors, although there were gas cases, bombardments, evacuation at short notice and personal tragedy – a cousin turning up in an ‘insane hospital’ with shell shock, one brother wounded, and another killed in action after enlisting, under age, against her entreaties.


As well as the Introduction, Susan Mann provides notes, appendices and photographs, many taken by Clare Gass herself at the time. She has done an excellent service to historians in bringing this document to wider notice, as an important supplement to official sources. One problem anti-war readers may have with the book, however, is that it tends to fall into the trap of taking (the) war for granted: living it, normalising it, and losing sight of any need for a rationale. Thus its emphasis on getting the job done and simply dealing with human suffering as best one can [an occupational hazard for health professionals?] may be seen to preclude any (other than rhetorical) seeking of reasons why.