By mid-October 2014 there were well over 17,000 names on the Pearce Register of British Conscientious Objectors (COs). When this database was less than half the size, 43 COs had already been ‘placed’ in Ealing (including 10 from Acton, 3 Southall and 2 Hanwell as well as 29 from Ealing itself – Greenford does not appear on the list). There were Local Tribunals in Ealing, Acton, Southall-Norwood and Hanwell.
The amount of information supplied varies from a brief note of arrest date to a fairly full account of what happened to the individual;.the list of headings includes ‘motivation’, ‘prison’ and ‘war service’.
Some data for Ealing are extracted here. 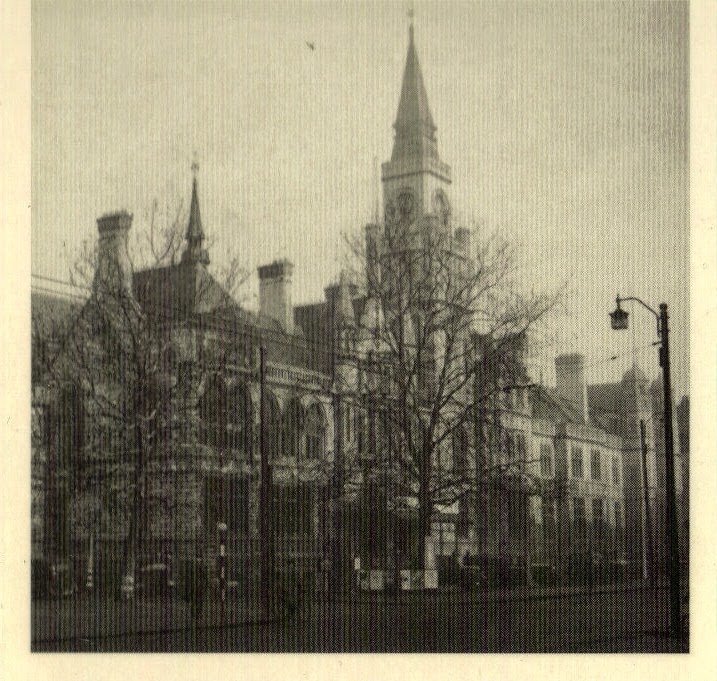 Ealing Town Hall, where the Ealing Local Tribunal hearings were held,
as it was about 30 years later

Occupations (mostly ‘white collar’, as has been observed elsewhere) were given as follows:
Accountant's Clerk; Bank Clerk (2); Civil Servant - Inland revenue; Estate Agent's Clerk; Gardener and florist; General manager Tailors; Grocer; Insurance Clerk; Junior Insurance Clerk; Joiner; Journalist; Mechanical Engineer; Motor bodymaker (Woodwork); Musician; Notary's Clerk; Outfitter's assistant; Printer; Salesman and Sub-Manager; Salesman, Company Director; Sanctioning  Clerk; Shop Assistant – ironmonger; Shop Porter; Solicitor's Articled Clerk; Solicitor's Clerk; Student of Chemistry; Worker for Alliance of Honour [“'Alliance of Honour' concerned with soldiers and sexually transmitted disease”].
Among the reasons for the predominance of clerical work experience among COs may be the need for a certain level of articulacy and literacy in order to present a case to a Tribunal with any chance of its being effective, and the fact that such  jobs were unlikely to be classed as being ‘of national importance’.
Motivation when stated was nearly always religious, i.e. some form of professed Christanity involving a more or less pacifist position. Researchers have noted that Tribunals were extremely unlikely to recognise a conscientious objection that was based on political or humanist convictions.
Ealing COs appeared as follows:
Christadelphian (3);  Christian, not otherwise defined (4); Christian - "Brotherhood Movement" and member of No-Conscription Fellowship (NCF) since "late 1915"; Christian - formerly Baptist, now "Brethren" because he objected to the pro-war stance taken at Baptist chapel; Christian and pacifist; Christian Brethren; Christian; International Bible Students Association [Jehovah’s Witnesses]; Christian - Plymouth Brethren (3, of whom one is ‘willing to join RAMC’); Quaker, Acton Prayer Meeting (3); Quaker, Ealing Prayer Meeting (5, of whom one is its clerk); Quaker (Willesden PM); Roman Catholic; NCF member - Internationalist and Co-operator.
Some have multiple motives or affiliation:
Fellowship of Reconciliation (FOR) - Religious and moral objections to war - present job Work of National Imortance (WNI) - Quaker Attender,  Ealing Prayer Meeting (PM);
Christian but also because his four brothers already serving in some capacity - "The family has done enough";
FOR, Dartmoor Branch; Quaker Attender (Acton PM also Winchmore Hill).
“War Service”
Of the few cases where this is known,  3 served in the Non-Combatant Corps (NCC) and 6 for varying lengths of time between  Nov.1914 and March 1919 in the Friends’ Ambulance Unit (FAU)
Prison
Eleven of Ealing’s COs are recorded as having served one or more terms of imprisonment in various establishments (some in more than one): Wormwood Scrubs, Canterbury, Pentonville, Dyce Camp (hard labour), Crawley, Lewes, Durham, Maidstone and Winchester.
Three suffered illness during imprisonment, resulting in two being released on health grounds on and  the third being the subject of an appeal to the War Office.
At least two were still serving sentences in 1919 (the Military Service Acts remained in force after the Armistice).
Work Centres
Six are known to have been sent to one or more of the Work Centres which were supposed to provide a more acceptable and humane alternative to prison and to the atrocious conditions at Dyce. These included, in the cases of the Ealing men: Road  Board Camp, Denton, Newhaven; Knutsford;  and especially Dartmoor. 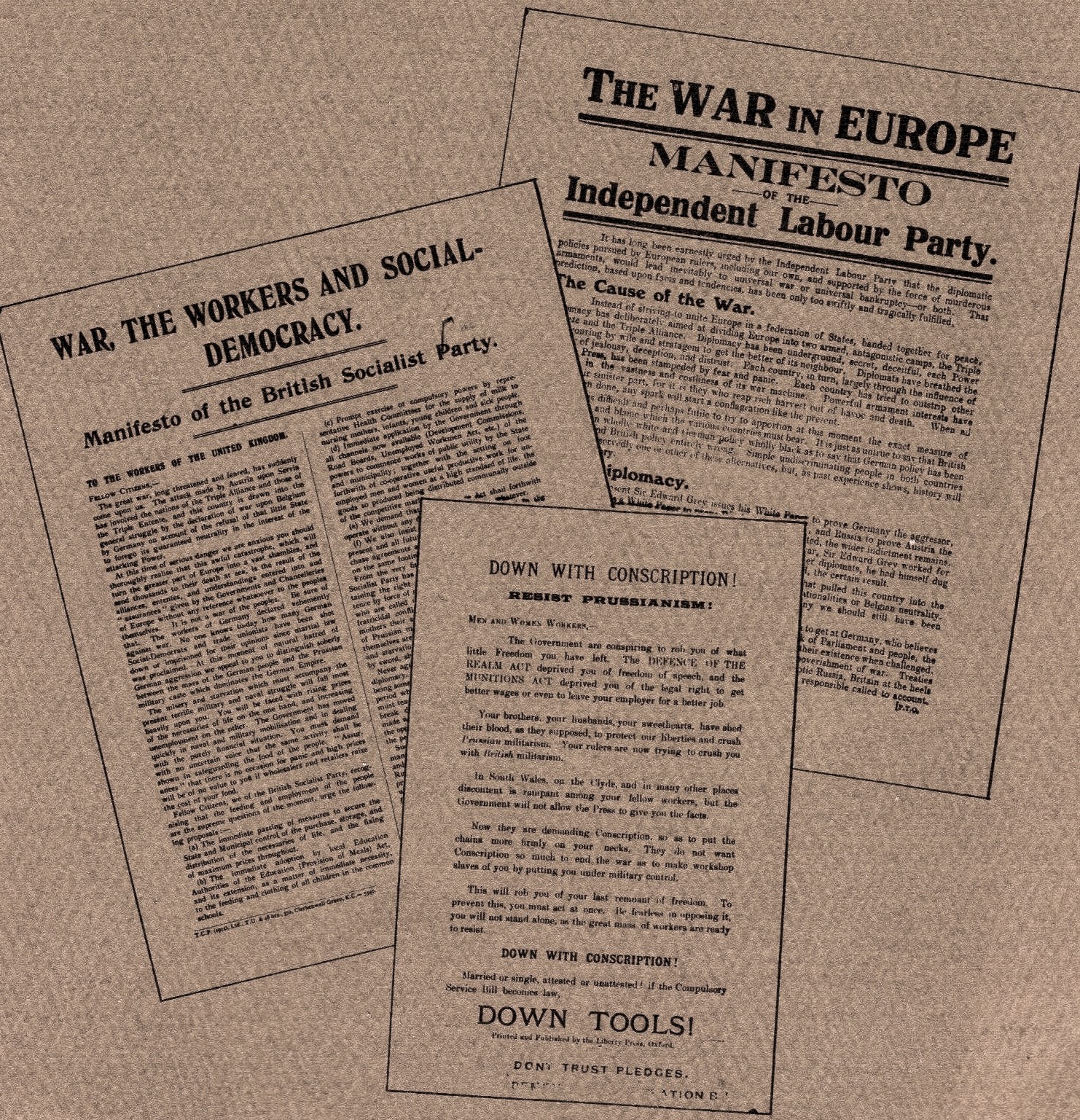 Work in Progress: It remains to be seen whether any of the Ealingites (? - Ealingers?) participated in the strikes, protests and other techniques of collective resistance developed by COs in prisons and work centres. Their capacity for individual resistance is evident.


Further interim case studies to follow...
Posted by SmothPubs at 03:38