A no-longer-obscure anniversary: centenary of the loss of the Iolaire


"A procession of boats forming part of a commemoration to mark 100 years since the Western Isles' Iolaire disaster was captured in a satellite image... by an amateur astronomer... [who] lives in Stornoway."
Previously on this blog (relevant posts):

Since Calum Smith wrote about the Iolaire in chapter 3 of his book, several more accounts have been published, most recently a major study from Acair Books, Stornoway - 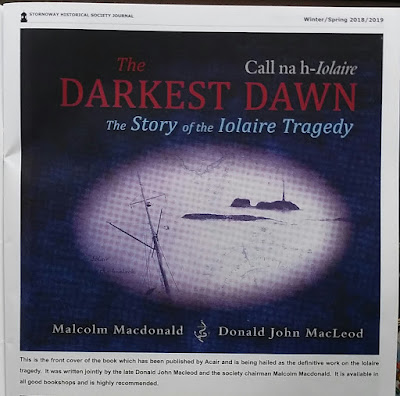 Among the lost seamen whose families and stories the authors have researched is Calum's paternal uncle John Smith, whom he remembered on the page reproduced above: 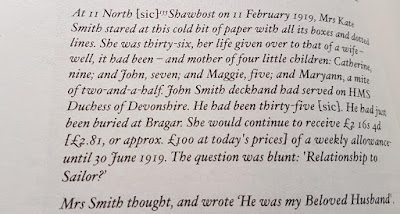 At least two of Calum's own nephews have in turn participated in the renewed commemorative effort, helping to inform researchers and reporters about the family connection.
Posted by SmothPubs at 04:14